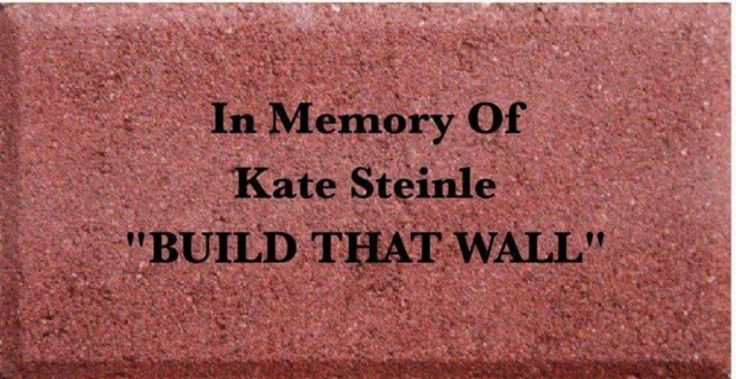 Reason 1: To call the liberals’ bluff

The liberals (including the press, as demonstrated by the article below) have put together a mesh-mash that reflects poorly on the Trump administration. That mesh-mash includes accusations against President Trump, stories reflecting well on the illegal aliens, and favorably quoting sources from the aliens’ countries of origin. Without making outright statements of “this is wrong and that is right,” the articles push an open-borders, free-healthcare perspective.

Therefore, the first reason to push toward building the wall is to call the liberals’ bluff and start an honest conversation on the topics surrounding immigration, national sovereignty, and law beyond our national boundaries.

Too bad liberals don’t seem to aspire to those goals.

A 28 December 2018 Reuters article does its best to lay the blame on Trump (starting with the heading [quoted above] and proceeding to quotes from the incoming Mexican President [not included in the blockquote below]).

President Donald Trump threatened on Friday to close the southern U.S. border with Mexico unless he gets the money he wants for a wall, raising the stakes in a standoff that will present an immediate test next week for the new U.S. Congress.

When Nancy Pelosi and the Democrats take control of the U.S. House of Representatives on Thursday, they plan to quickly approve a spending measure meant to end a partial government shutdown that began on Dec. 22, triggered by Trump’s demand for $5 billion in funding for his proposed wall.

Democrats have made clear that the House measure, which would then have to go to the Republican-controlled Senate, will not include $5 billion Trump says is needed for the wall, a central part of his tougher positions on immigration than his predecessors.

“Democrats are united against the president’s immoral, ineffective and expensive wall … that he specifically promised that Mexico would pay for,” Pelosi spokesman Drew Hammill said in a statement, referring to a Trump 2016 presidential campaign pledge.

One of the reasons that I voted for President Trump rests firmly in the fact that Trump takes no guff. This is one instance where it would greatly benefit the Trump administration if he were to remain true to this trait.

Anyway, considering the fact that few of the average Americans seem to be even marginally effected by the shutdown, maybe some government savings are in order.

If these departments shut down entirely, @RMConservative wants to know, would anybody notice? conservativereview.com/news/look-how-…

Reason 2: To expose the liberal organizations in their tactics and motivations

Another reason to push for a border wall is that, in doing so, we might expose the tactics of the liberal organizations that oppose the wall.

As with the article used to illustrate the previous point, the liberal perspective central to its writing suggests some fuzzy anti-Trump and pro-liberal ideas.

Although the following article does start with a statement of fact that exonerates Trump and his Border Patrol, the rest of the article seems to suggest a number of liberal talking points that most Americans will not support.

Guatemalan boy who died in U.S. custody had the flu: state officials

In light of the wailing by liberals regarding the second death of an underage illegal alien brought by a parent invading from Guatemala, we have to wonder whether liberals want us to:

Otherwise, it would seem that their complaints about our protecting our sovereignty are all just proofs that liberalism is a mental disease.

Nonetheless, the account of the death of the Guatemalan boy and accompanying statements by the Guatemalan and “advocacy organizations” found their ways to a 28 December 2018 Reuters article.

The 8-year-old Guatemalan boy who died in the custody of U.S. border agents this week had the flu before he passed away but the cause of his death is still unknown, state officials said on Friday.

Felipe Gomez Alonzo was the second Guatemalan child to die this month while being held by U.S. authorities, sparking outrage from immigration advocates.

In the wake of the deaths, U.S. Department of Homeland Security Secretary Kirstjen Nielsen was traveling to the border to observe medical screenings and conditions at Border Patrol stations while Democrats in the House of Representatives and Senate have called for a full investigation.

Gomez fell ill after being detained near the U.S. border with Mexico with his father. The two had traveled to the United States from their remote village of Yalambojoch in Guatemala.

New Mexico’s Medical Investigator’s office said in a statement that nasal and lung swabs during an autopsy found Gomez had influenza B, but said “determining an accurate cause of death requires further evaluation.”

Any American who has had a young child knows the trips to the hospital that we experience (even with the multitude of vaccines available). Since early-childhood sickness is a common evil for parents even in affluent America, what would tempt a parent of a more-susceptible Central American family to take a young child on a stressful trip and expose that child to many sources of infection?

Let me suggest that these groups that advocate for “immigrant rights” (meaning “illegal alien rights”) have traveled to Central America and are telling people, “Increase your chances of getting in and remaining in America by bringing a young child.” Why else would these parents bring 6 and 7-year-old children on a 3,000 mile walk in the cold part of the year? When does the flu normally come to the Americas? Do they not know this?

If proof comes forward that these “immigrant rights” advocates have pushed susceptible young parents into making this trip with children, they should be held accountable.

@WVTM13 @realDonaldTrump doesn’t need to deflect blame because he bears no blame. The blame rests on parents bringi… twitter.com/i/web/status/1…

A third reason to push for a border wall becomes evident through examination of any of a number of articles describing the murder of Americans by illegal aliens.

Although these articles rarely accuse President Trump of wrongdoing. Nonetheless, these articles (especially those covering the death of a law enforcement official) drive home the need to protect our citizens from illegal alien lawbreakers.

One 28 December 2018 Reuters article presents the bare facts on the death of an officer and the apprehension of an illegal alien suspect.

A suspected illegal immigrant accused of shooting to death a California police officer was arrested on Friday after a two-day manhunt that President Donald Trump cited in his push for building a wall on the border with Mexico, officials said.

Gustavo Perez Arriaga, 32, a Mexican national, was arrested in Bakersfield, a city less than 200 miles (320 km) south of Newman where the officer was shot on Wednesday, Stanislaus County Sheriff Adam Christianson said at a news conference.

The shooting and manhunt in California’s agricultural Central Valley entered the national debate over immigration, after Trump tweeted about it in his advocacy for a border wall and Christianson criticized California’s sanctuary law for immigrants.

Arriaga is accused of shooting to death Newman police corporal Sonil Singh after Singh pulled him over on suspicion of driving under the influence.

The suspect, who exchanged fire with Singh, has claimed to be involved with a criminal gang called the Sureños and was trying to escape to Mexico, Christianson said.

On Friday, heavily armed police officers surrounded the Bakersfield home where they believed Arriaga was hiding and he walked out with his hands up, Kern County Sheriff Donny Youngblood told reporters.

I have to ask this: if we could build a structure that would discourage (even turn back) one or two people who feel entitled to kill our police, why wouldn’t we?

Reason 4: To show even more that we will not be the continued object of financial abuse

One last reason listed in this post for supporting our building the border wall could be expanded into infinity — our need to rein in our habit of throwing cash at everything. In this case, America needs to stop throwing money at regimes that do nothing to further our interests.

In other words, we need to stop sending millions of dollars to countries that support our enemies or send their criminals or otherwise try to confound our systems.

Of course, if we are going to eliminate our international largess, why not pare down our bureaucratic waste? Why not eliminate federal departments that have not improved the overall performance of fields that they duplicate state and local efforts?

According to a 28 December 2018 article in The Hill, talks about how Trump “threatened to cut foreign aid” (as if these funds were guaranteed and owed in perpetuity the American people to these foreign nations).

President Trump on Friday threatened to cut foreign aid to Honduras, Guatemala and El Salvador, accusing the Central American countries of “doing nothing for the United States but taking our money.”

“Honduras, Guatemala and El Salvador are doing nothing for the United States but taking our money,” Trump tweeted.

“Word is that a new Caravan is forming in Honduras and they are doing nothing about it. We will be cutting off all aid to these 3 countries – taking advantage of U.S. for years!”

This is not the first time that Trump has threatened stop providing foreign aid to countries he says are not doing enough to stop migrant caravans from forming. In October he said that “no more money or aid will be given to Honduras” if a migrant caravan was not stopped.

.....Honduras, Guatemala and El Salvador are doing nothing for the United States but taking our money. Word is that… twitter.com/i/web/status/1…

@CNN @CNN refuses to report #FactsFirst from the border. Illegals are flooding the border and overwhelming resource… twitter.com/i/web/status/1…

@EdKrassen @KittyHu10 Or we could build the wall and spent the hundreds of billions illegals steal via welfare to h… twitter.com/i/web/status/1…

Reason 5: To put flesh to other conservative ideas