Joe “Robinette” Stalin punishes his own people by announcing a U.S. ban on Russian oil

Reuters cites the words of Joe as America faces another round of Biden-instigated jumps in gasoline (and everything) prices.

U.S. President Joe Biden announced a ban on Russian oil and other energy imports on Tuesday in retaliation for the invasion of Ukraine, underscoring strong bipartisan support for a move that he acknowledged would drive up U.S. energy prices.

“We’re banning all imports of Russian oil and gas energy,” Biden told reporters at the White House. “That means Russian oil will no longer be acceptable in U.S. ports and the American people will deal another powerful blow to (Russian President Vladimir) Putin’s war machine.”

Biden has been working with allies in Europe, who are far more dependent on Russian oil, to isolate Russia’s energy-heavy economy and Putin. Britain announced shortly before Biden’s remarks that it would phase out the import of Russian oil and oil products by the end of 2022.

Biden said sanctions imposed by the United States and its allies had already caused the Russian economy to “crater”. He said the latest moves had been made in close consultation with allies and partners around the world. 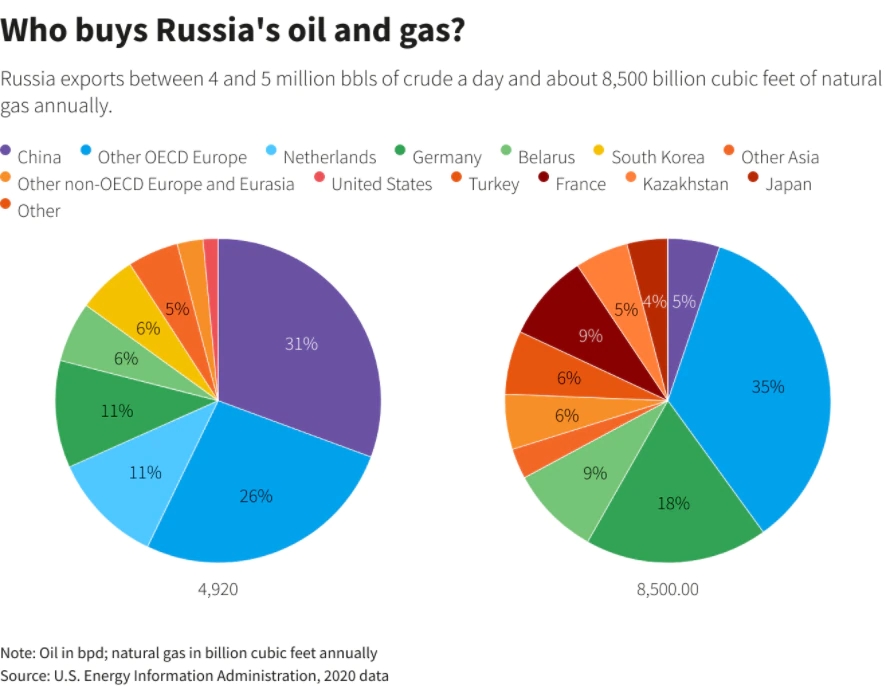 Sky News reports on the tone-deaf comments of Joe “Marie Antoinette” Biden — who thinks cash-strapped Americans who have endured his inflation can pull $55K from the air.

The Biden administration has been labelled “tone deaf” after Pete Buttigieg and Kamala Harris spent the afternoon promoting electric vehicles in the wake of America’s highest gas prices since 2008.

The Transportation secretary was joined by the VP to commemorate the one year anniversary from when the Biden administration passed the American Rescue Plan Act.

Mr Buttigieg has been criticised for telling Americans electric cars are important for “cost savings”.

“Clean transportation can bring significant cost savings for the American people as well,” he said.

“Last month we announced a $5 billion investment to build out a nationwide electric vehicle charging network so that people from rural to suburban to urban communities can all benefit from the gas savings from driving an EV.”

Republican Markwayne Mullin criticised the comments by labelling it “tone deaf” from the Biden administration to be promoting electric vehicles as everyday Americans struggle to pay for gas.

“The Biden Administration could not be more tone deaf.”

Never mind that middle-class families have been laid flat by Biden’s record-breaking inflation and have struggled to just put food on the table and gas in the car. Never mind that he has left the poor behind.

Let them take an low-end $55,000 out of the air when they are struggling on these other fronts. Let them buy Joe’s fantastical electric car and plug it up to the already-overburdened electrical system.

Newsweek tells us of the deals Biden has started to make with other socialist regimes who have imprisoned Americans.

The Biden administration is facing bipartisan backlash over the possibility of easing sanctions against Venezuela in order to allow the country to increase exports of oil.

There was skepticism from both Democrats and Republicans toward the idea after a group of U.S. officials visited Venezuela in the highest-level trip to the South American country in years, as the White House considers whether to ban oil imports from Russia.

The visit comes amid the ongoing Russian invasion of Ukraine and the imposition of harsh sanctions against the country by the U.S. and its allies. Russia is a major oil and gas exporter.

Venezuela was once a major exporter of crude oil to the U.S. but a combination of mismanagement and U.S. sanctions severely curtailed exports.

The idea of easing sanctions against Venezuela in order to potentially supplement losses from a ban on Russian oil was met with anger and criticism from lawmakers on both sides of the aisle.

Senator Marco Rubio (R-FL) shared a video on Twitter showing Maduro announcing the resumption of talks with the opposition. That announcement came after his government’s meeting with the U.S. delegation.

Did Joe “Neville Chamberlain” Biden negotiate to have Europe, India, or China stop or reduce their Russian oil purchases? Or did he give up everything for an empty deal?

Offshore Engineer magazine says the European Union has produced a plan to reduce use of Russian oil and gas by 2030.

The European Commission published plans on Tuesday to cut EU dependency on Russian gas by two-thirds this year and end its reliance on Russian supplies of the fuel “well before 2030”.

The European Union executive said it would switch to alternative supplies and expand clean energy faster under the plans, which national governments will be largely responsible for implementing.

The Russian invasion of Ukraine last month has triggered an overhaul of the 27-country EU’s energy priorities as Brussels seeks to wrest countries free from depending on Russia, which supplies around 40% of the bloc’s natural gas.

“The answer to this concern for our security lies in renewable energy and diversification of supply,” EU climate policy chief Frans Timmermans said.

The new plans come on top of climate change policies the EU is currently negotiating, which are designed to cut emissions faster this decade and would alone cut EU gas use 30% by 2030.

No news reports can be found of Biden negotiating deals with the next biggest energy consumers (China and India). Likewise, there is nothing on Biden convincing the Pacific Rim countries or African countries to cut Russian oil.

So, why are we doing this other than to punish American middle-class and poor workers who might support capitalism?

Of course, the poor who have started to join the capitalist movement within Russia (the McDonald’s franchisee, the Coke deliveryman, …) will feel the capricious sting of the liberal-leaning corporations.

Still, for Biden, it’s a win. It advances the cause of socialism worldwide.

Least you forget, Hunter Biden, Paul Pelosi, a Romney protégé, and a Kerry family friend have received paychecks from Ukrainian oil and gas.

Of course, “fact checkers” Politifact, Reuters, USA Today, FactCheck.org and Snopes claimed that it was false that “sons of Pelosi, Romney, and Kerry” (were employed by a Ukrainian gas company).

7 thoughts on “Biden draws a bead on his real enemy: anti-socialists”