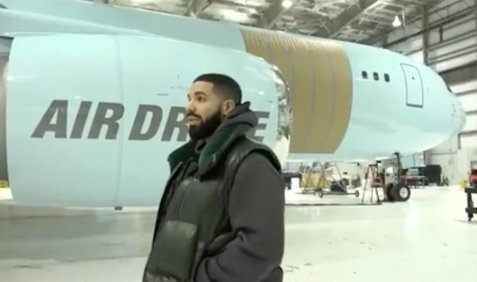 The hypocrisy of rapper Drake comes out in a Climate Depot post of 10 May 2019.

The rapper Drake, who has surpassed The Beatles in song popularity, is now the proud owner of a 767 cargo jet despite his vocal climate change campaigning.

Drake acquires a gigantic plane. – Via Daily Caller – “The superstar rapper showed off his plane, called “Air Drake,” on Instagram Friday, and it’s downright absurd. The interior is absolutely massive, and he points out that it’s not a ‘timeshare’ or ‘rental.’ It’s just all his.”

While I support his right to use a jet and as many gas-guzzling SUV’s as he wants in the commission of his work, he needs to stop preaching unproven theories to the rest of us. 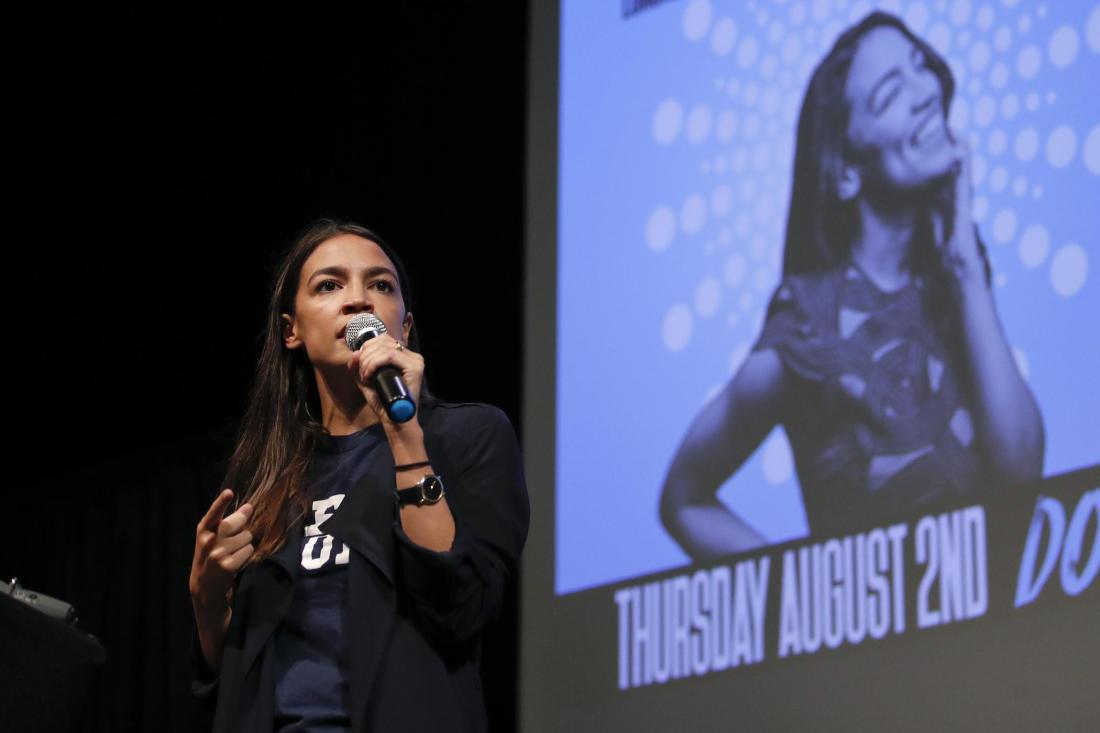 In a 28 August 2018 Investor’s Business Daily article, the way AOC uses ride shares (rather than public transportation) comes to light.

Socialism: Self-described social democratic congressional candidate Alexandria Ocasio-Cortez is the gift that keeps on giving. The youthful socialist can hardly go a day without saying something that undescores the hypocrisy of her beliefs.

Last week, we noted the irony of the socialist movement’s most visible star (besides Vermont Sen. Bernie Sanders, of course) lamenting the closure of the restaurant she once worked at. Turns out, the restaurant closed largely due to enormous hikes in the minimum wage — a policy Ocasio-Cortez would enthusiastically impose on the whole country.

For her latest display of socialist hypocrisy, you have to go back to March.

Then, tragically, a New York cab driver named Nicanor Ochisor took his own life. He did so apparently in response to financial struggles. As Zuri Davis of the Reason.com blog points out, New York Times reporter Noam Scheiber immediately blamed ride-sharing companies Uber and Lyft for the death and faulted local government for letting the ride-sharing companies operate.

Seeing a chance to score political points, Ocasio-Cortez tweeted: “NYC’s fourth driver suicide. Yellow cab drivers are in financial ruin due to the unregulated expansion of Uber. What was a living wage now pays under minimum.”

And she had a whole socialist agenda for fixing the problem, as she saw it.

-to call Uber drivers what they are: EMPLOYEES, not contractors

Indeed, her campaign spent around $4,000 on 160 Uber rides in California alone from April to late June. For the record, Ocasio-Cortez isn’t running for office in California, but in New York. Apparently, California is where the really BIG socialist billionaires live.

For someone who claims to be so so concerned about the environment (to the point of forcing the rest of us to embrace socialism and abandon our cars), she sure does not want to sacrifice anything. 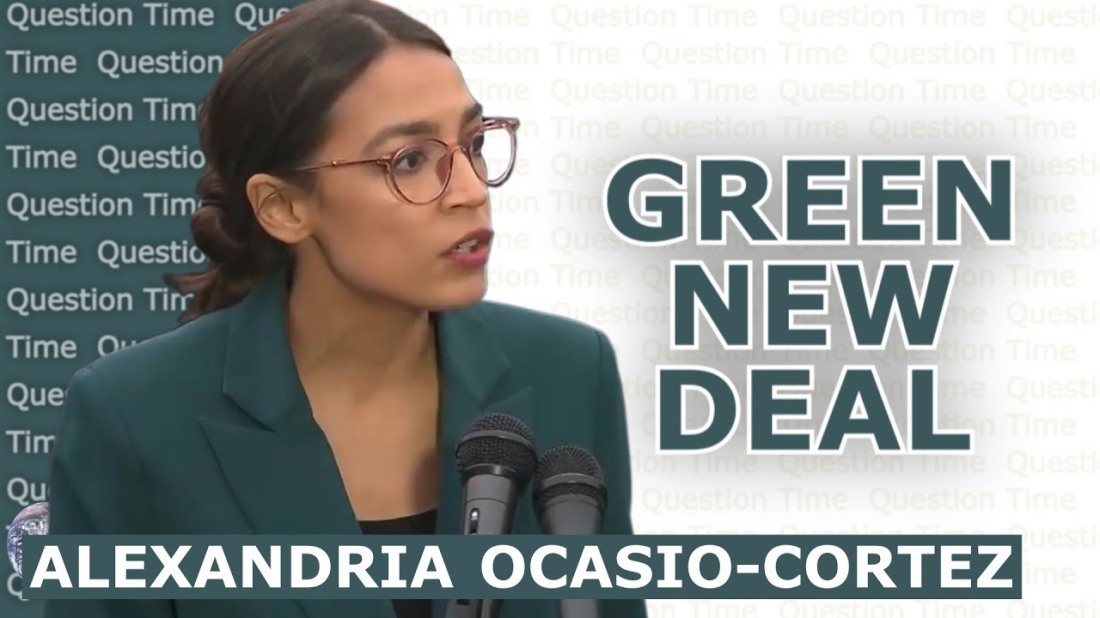 In the electronic folds of the Watts Up with That blog, we are informed that AOC’s demands that we should give up all for the Green New Deal were just a joke that sea sponges should have understood.

Ocasio-Cortez recants with insult: I Was Joking About World Ending In 12 Years, and you’re an idiot if you believed me

Rep. Alexandria Ocasio-Cortez (D-NY) said that she was joking around when she claimed the world was going to end in 12 years if we do not take serious action against Climate Change, a declaration she’s been widely criticized over. The 29-year-old socialist mocked the Republican Party for taking her claim about the end of the world seriously, which she suggested was a combination of “dry humor + sarcasm.”

This is a technique of the GOP, to take dry humor + sarcasm literally and “fact check” it. Like the “world ending… twitter.com/i/web/status/1…

She looked dead serious to me when she first said it:

.@AOC on millennials and social media: "We’re, like, the world is going to end in 12 years if we don’t address clim… twitter.com/i/web/status/1…

(Read the whole article at Watts Up with That)

I am with Mr. Watts. I saw her proposal of the Green New Deal as a real platform for her. However, I can also see the other side.

That is, by AOC making her own “deplorable” statement like this, she shows that she is the joke and those that vote for her are the punch line. 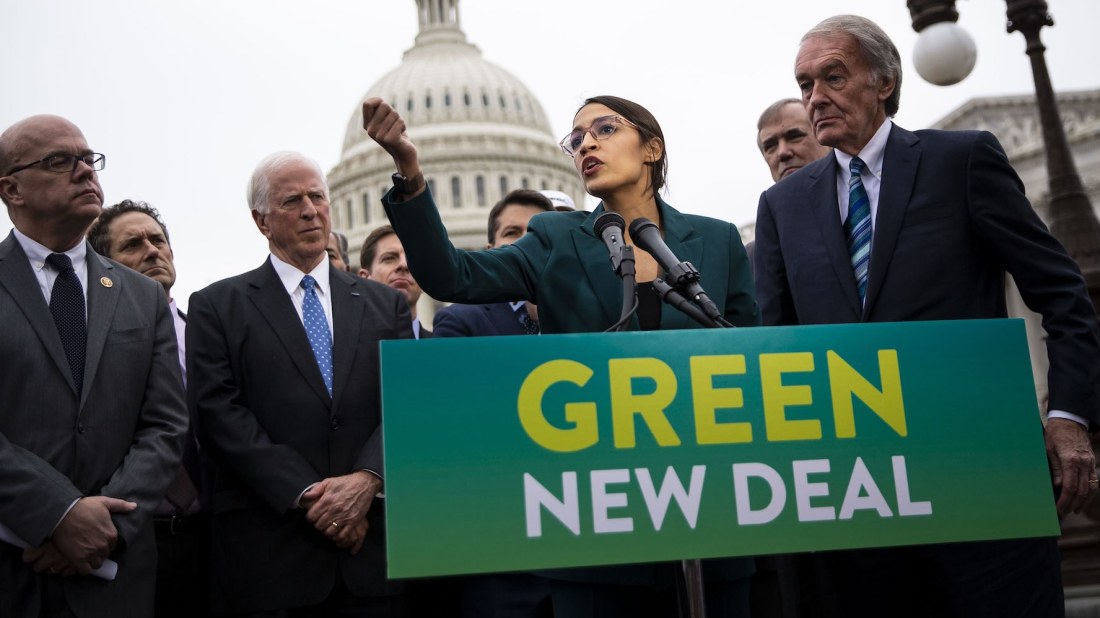 Even left-leaning CNN cannot help but poke at AOC’s Green New Deal as a stupid idea.

One thing Democrats are notorious for is sticking together. However, the ludicrous Green New Deal is going to expose which of them will break ranks from the ascendent Alexandria Ocasio-Cortez wing of the party and air on the side of sanity.

Senate Majority Leader Mitch McConnell has set a vote over the Green New Deal for Tuesday afternoon. Most Democrats have boasted about the greatness of the radical proposal since it was introduced last month. However, since McConnell said, “okay, let’s vote,” they’ve been screaming bloody murder.

I could not be more glad that the American people will have the opportunity to learn precisely where each one of th… twitter.com/i/web/status/1…

When the resolution for the deal is introduced, the word is many Democrats plan to vote “present.” That way they avoid actually saying yea or nay.

Do they think that by dodging the question in this manner, the American voter won’t see their complicity? If it’s such a good thing, sounding off on it early would be great, right?

A 5 March 2019 opinion piece by Michael Knowles outlines the hyprocrisy of AOC.

Congresswoman Alexandria Ocasio-Cortez likes to talk a good game on environmental issues, but recent findings show that while she talks the talk, she does not walk the walk. Michael Knowles calls her out on Monday’s episode of “The Michael Knowles Show.” Transcript and video below.

Alexandria Ocasio-Cortez, our favorite socialist from Yorktown Heights, she said (paraphrasing), “We’re like, the world is going to end in 12 years if we don’t address climate change.” That’s what she said, so what she is saying is we need to have zero greenhouse gases, we need a full transition off of fossil fuels within ten years or else the world will end, or else it is not okay to have children, that’s what she said, (paraphrasing) “You have to ask yourself if it’s moral to have children in this world. And what did we learn from federal filings?” She’s a hypocrite, she doesn’t practice what she preaches. So Alexandria Ocasio-Cortez lives in the city with the greatest subway system in the world, and according to her federal filings, she listed over 1,000 Uber, Lyft and Juno transactions during her campaign. She spent $30,000 on rideshare apps. Guess where her campaign headquarters was located? One minute away from the Seven Train and the Seven Train can take you anywhere because the Seven Train connects to a bunch of other lines so you can get all around. She lived a one-minute walk away from the Seven Train and she spent 30 G’s on ride-share apps. To put that into perspective, Max Rose, who’s another freshman Democrat from New York, he only spent $6,000 on rideshare apps and he only spent them on 329 rides during his campaign, so she used multiples more than this.

(Read more at the Daily Wire)

Add to this, AOC flew to SXSW so that she could spout liberal tripe in front of an accepting Democrat audience. 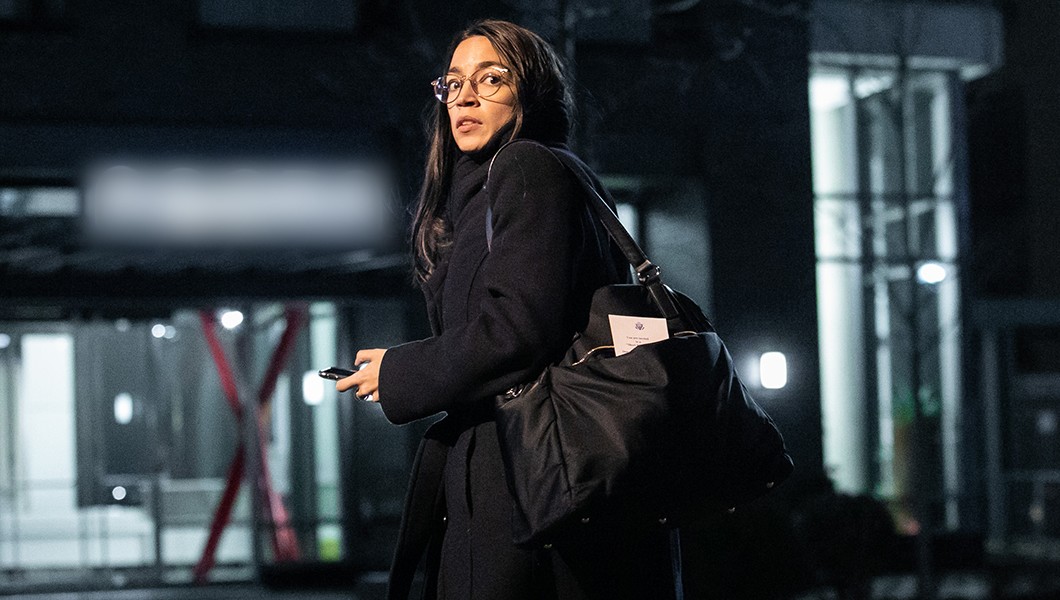 As noted by a 19 February 2019 Washington Examiner article

Rep. Alexandria Ocasio-Cortez, D-N.Y., recently moved into a luxury apartment complex in Washington, D.C. that does not offer the affordable housing units that were a key plank in the New York congresswoman’s campaign platform.

Ocasio-Cortez, 29, who said in November that she was concerned about being able to afford rent in D.C., now earns a $174,000 annual salary and is living in a newly built high-rise in the city’s Navy Yard area, the Washington Free Beacon reported last week.

The freshman congresswoman, a self-described socialist, campaigned on a platform to expand affordable housing, and her controversial Green New Deal proposal promises “Safe, affordable, adequate housing” for all.

But Ocasio-Cortez’s new building — built by leading D.C. developer WC Smith — is part of a luxury complex whose owners specifically do not offer affordable units under Washington, D.C.’s Affordable Dwelling Units program. The Washington Examiner is not naming the building or complex.

In 2018, a civil rights attorney sued the Washington, D.C. government for allegedly discriminatory gentrification policies, claiming that development in Navy Yard area and other parts of southeast D.C. encouraged an influx of affluent “millennial creatives” who displaced minority residents.

“We need to kick luxury real estate lobbyists to the curb and defend working people’s way of life,” Ocasio-Cortez said last March. “Skyrocketing cost of living is a national crisis that CAN be addressed. It’s not just an NYC issue – it’s happening in every US metro area.”

Ocasio-Cortez also promised not to take campaign contributions from luxury developers during her campaign. “It’s time we stand up to the luxury developer lobby,” she said in a speech last April. “Every official is too scared to do it – except me.”

(Read more at the Washington Examiner)

Sure, she is a hypocrite, but look at her mentor Bernie. 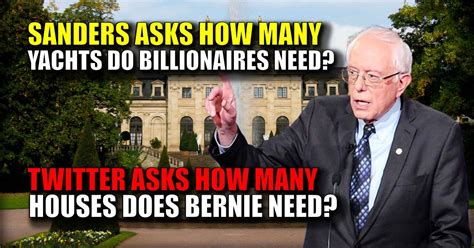 Considering the fact that Bernie preaches the confiscation of wealth, you would think that he would live meagerly. You would think that one house (not three), public transportation (not $100K sports cars), and the health care system he forced us to use would be sufficient. However, if we go to a 21 February 2019 Fox News article, we get a description of his holdings that does not match up with his socialist preaching.

Sen. Bernie Sanders, I-Vt., entered the 2020 presidential race this week promising to transform America with a left-wing vision of economic and environmental justice. But the self-described democratic socialist’s high-end income, multiple houses and fondness for air travel have already opened him up to criticism that his lifestyle doesn’t always match the rhetoric.

Sanders has pitched himself as a grassroots economic populist, focusing on income inequality and higher taxes for the rich.

“Our campaign is about transforming our country and creating a government based on the principles of economic, social, racial and environmental justice,” he said.

“Together you and I and our 2016 campaign began the political revoution,” he said. “Now it is time to complete that revolution and implement the vision that we fought for.”

But Sanders has raised eyebrows over his spending and personal wealth. Notably, he owns three houses. In 2016, he bought a $575,000 four-bedroom lake-front home in his home state. This is in addition to a row house in Washington D.C., as well as a house in Burlington, Vermont.

“The Bern will keep his home in Burlington and use the new camp seasonally,” Vermont’s Seven Day’s reported in 2016.

Ah, but what do we expect? Socialists who live up to their preaching?

2 thoughts on “7 Stories on Liberal hypocrisy”