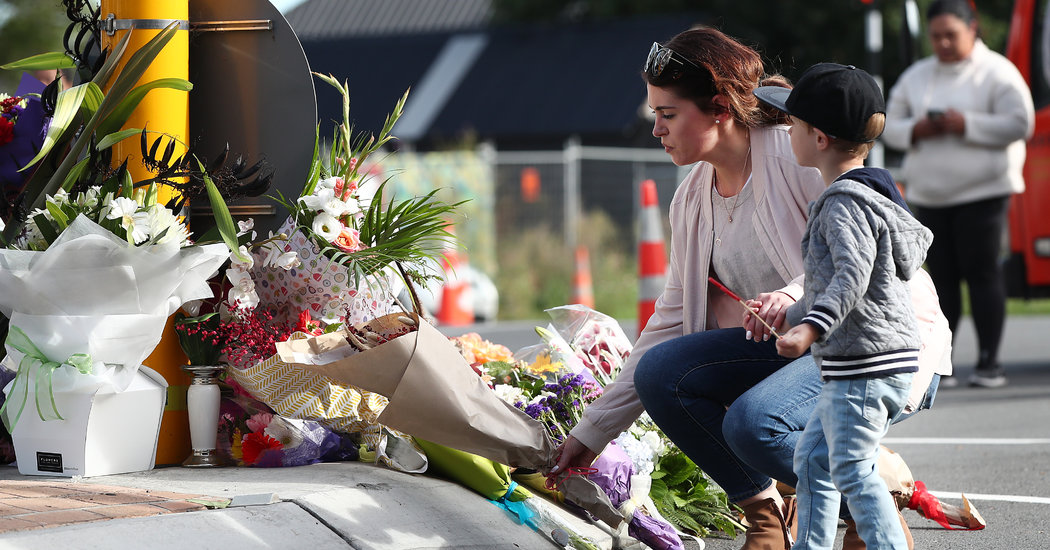 The New York Times reported in a 25 March 2019 article on, more or less, 10 days of non-stop reporting on the Christchurch massacre at two mosques.

As Prime Minister Jacinda Ardern of New Zealand considered on Monday how her government would investigate the terrorist attack that traumatized the country 10 days ago, she also began returning to normal business, announcing that she would make a long-delayed trip to Beijing next week.

The visit will be “literally 24 hours, and traveling with as little time away as possible,” Ms. Ardern said, adding that the trip had been planned “some weeks ago” and that Chinese officials had been “incredibly accommodating” about her decision to shorten it after the shooting attacks on two Christchurch mosques in which 50 people were killed.

(Read the rest of the tripe at the New York Times)

In a story that occurred concurrently with the Christchurch attack, at least 300 Christians were killed by 2 Islamic groups according to a report by the Christian Broadcasting Network in mid-March.

The news out of Nigeria is getting progressively worse as it is being reported that more than 300 people were killed in at least seven predominantly Christian villages across Nigeria in February and March this year, according to multiple sources that monitor persecution of Christians.

“Since February 10, there have been at least 270 people killed in Kaduna State alone,” International Christian Concern confirms. “It has been reported that at least 70 Christians have been killed during a 10-week span at the beginning of 2019 across the other Middle Belt states.”

In one early morning attack on the village of Karamai on Feb. 14, sources said 41 people died after 300 gunmen swarmed the village shouting “Allahu Akbar!” as they fired their weapons and ransacked people’s homes, according to Barnabas Fund. It was reported almost all of those killed were women and children along with a few senior residents who were unable to run away.

This takes your breath away.

Dutch Tram Attack May Be Terrorism

A 19 March 2019 New York Times piece outlines the obvious without pointing fingers at the guilty.

The Dutch police said on Tuesday that they were still considering terrorism as a motive for a deadly shooting on a tram in the city of Utrecht based partly on a note they discovered.

The shooting on Monday, which left at least three people dead and seven injured, and an ensuing manhunt prompted heightened security and sent ripples of fear through the Netherlands. A 37-year-old immigrant from Turkey was arrested Monday night.

People who know the suspect, Gokmen Tanis, and family members in Turkey quoted by news organizations there, had said on Monday that they believed the assault grew out of some kind of domestic dispute.

But the police said they had so far found no links between Mr. Tanis and the three people killed on the tram.

Never mind what the attacker yelled, what affiliations he had, or where he came from — we would not want to characterize the guilty, would we?

RedState: Islamists Kill Hundreds of Nigerian Christians Since February and No One Notices

In a 29 March 2019 RedState article, I confirmed the findings of the reporter (since normal searches on Google will put the New York Times right at the top of any search of any news topic. The NYTwits had nothing to say. RedState, on the other hand, had this:

If you want an example of how the media picks and chooses tragedies on the basis of how much of whether they can push their chosen political narrative or not, here you go.

After weeks of coverage, and rightfully so, over the mass shooting in Christchurch, New Zealand by a white supremacist, ask yourself why you’ve haven’t also heard about the consistent slaughter of Christians that’s happening in Nigeria?

Islamic terrorists killed more than 120 Christians and burned dozens of homes in northern Nigeria in a series of attacks they have waged since February.

As is often the case, a Muslim leader lied in order to facilitate deadly attacks on other religious groups. This is a pattern that’s repeated itself in Islamic countries for as long as the religion has existed.

(Read more of this informed commentary at RedState)

We most definitely need to pray for our brothers in Nigeria, along with encouraging what help we can provide.