1. By reviewing the Ocasio-Cortez initial announcement on the “Green New Deal,” we can see her blind spots and her focus

In a 4 January 2019 Mediaite article, the basic information on the Anderson Cooper interview of Alexandria Ocasio-Cortez in which she first unveils the Green New Deal appears in print.

Rep. Alexandria Ocasio-Cortez sat with Anderson Cooper for an upcoming 60 Minutes interview set to air this Sunday, a portion of which has been released as a promotion. In the released segment, Ocasio-Cortez reveals how exactly she suggests paying for the environmental agenda known as the “Green New Deal” — with remarkably higher tax rates for the super wealthy.

Ocasio-Cortez suggests in the clip that in her esteem, people should be doing more to pay their “fair share.” When Cooper pressed on how she could possibly pay for the deal, she pointed to the progressive tax rate system in the 1960s, explaining that if you earn 0 to $75,000 a year, you would only pay 10% or 15% in income tax.

“But once you get to the tippie tops, on your $10 millionth, sometimes you see tax rates as high as 60% or 70%. That doesn’t mean all $10 million are taxed at an extremely high rate. But it means that as you climb up this ladder, you should be contributing more.”

From reading this, we can glean:

Republicans: Let Americans keep more of their own hard-earned money Democrats: Take away 70% of your income and giv… twitter.com/i/web/status/1…

Here is one thing we've not talked about: this is all for her new Green Deal...which means that it would allow for… twitter.com/i/web/status/1… 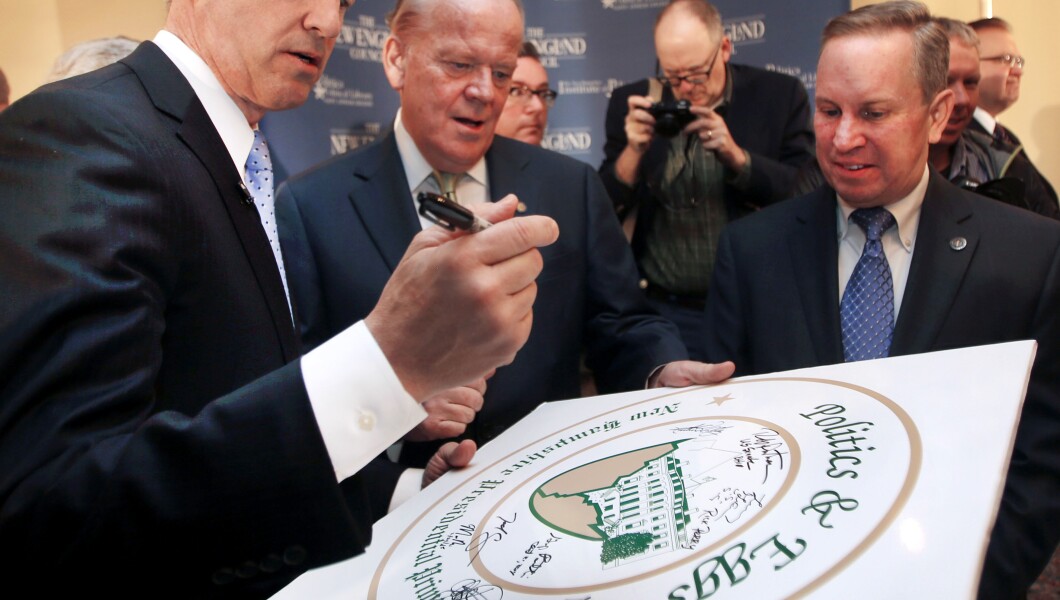 2. By reviewing the details of her “Green New Deal,” we can see how it will explode costs and kill jobs

The 3 January 2019 Washington Examiner opinion piece that describes Alexandria Ocasio-Cortez proposed “Green New Deal” should be reviewed by all (along with the linked draft resolution).

Rep.-elect Alexandria Ocasio-Cortez, D-N.Y., hasn’t officially started her first term in office, but she’s already pushing a massive, far-left proposal that would fundamentally transform much of the economy and push the country closer than ever to socialism.

For several weeks, you might have heard Ocasio-Cortez reference the creation of a “Green New Deal,” but until recently, few people knew what would be included in the plan. In a draft resolution to form a select committee in the House that would help develop legislation to put her plan in action, Ocasio-Cortez finally outlined numerous proposals that she says should be part of future Green New Deal legislation. Taken together, the many ideas included in Ocasio-Cortez’s Green New Deal would be the most radical policy shift in modern U.S. history, dramatically increasing the size and power of government and running up the national debt by trillions of dollars.

According to Ocasio-Cortez, the Green New Deal, which has been endorsed by Sens. Bernie Sanders, I-Vt., Cory Booker, D-N.J., Elizabeth Warren, D-Mass., and at least 40 House Democrats, would eliminate nearly all fossil fuels from the electric grid and force everyone in the country to buy from power companies selling only renewable energy.

This policy alone would create widespread economic chaos. Without government subsidies, renewable energy costs significantly more than many forms of traditional energy generation. My colleagues at the Heartland Institute found that electricity prices are, on average, increasing by 50 percent faster in those states that have created renewable power mandates compared to those that have rejected these economically destructive policies. This is especially troubling news for working-class and lower-income Americans, who spend much larger shares of their income on energy than wealthier families.

Not only is Ocasio-Cortez proposing to eliminate the hundreds of thousands of jobs in the fossil fuel industry in the United States, even though America recently became a net-energy exporter, she’s demanding this transition occur in just 10 years, from 2020 to 2030. This mandate would be virtually impossible to achieve because wind and solar energy sources still rely on back-up generation from fossil-fuel-powered energy when the wind isn’t blowing and the sun isn’t shining.

Ocasio-Cortez’s proposal doesn’t merely advocate for a gigantic shift in the U.S. energy industry. Her draft resolution says one of the proposed House committee’s priorities would be “upgrading every residential and industrial building for state-of-the-art energy efficiency, comfort and safety.” Taken literally, this mandate would cost trillions of dollars. There were about 136 million housing units in the United States in 2017, not including any businesses. Even if it would cost just $10,000 to “upgrade” every home and apartment, an extremely low estimate, this one relatively small part of her plan would cost more than $1.3 trillion.

(Read more at the Washington Examiner)

As much as people have enjoyed the sudden renaissance of jobs caused by Trump’s deregulation, Ocasio-Cortez’s turn towards the bureaucracy of socialism must be resisted. Not only does it abandon our resources of oil, gas, and coal — it cannot do anything to regulate the biggest polluters (China, India, and third world countries).

Additionally, Ocasio-Cortez’s proposed bill plays loosely with tax dollars being collected and handed out. In fact, it is wrong on so many levels, because:

3. If the above issues are not enough, Ocasio-Cortez doubles down on forcing entrepreneurs from New York

If we go to a 4 January 2019 article by Americans for Tax Reform, we find a bleaker picture painted for the job creators of New York.

In an upcoming 60 Minutes interview, Congresswoman Alexandria Ocasio-Cortez (D-N.Y.) will call for federal income tax rates of up to 70 percent as part of a proposal to create vast new government spending programs.

The current top federal income tax rate is 37 percent, so the Ocasio-Cortez plan will nearly double the tax rate for the top bracket.

New Yorkers would not be the only ones suffering under the Ocasio-Cortez plan. California taxpayers would pay a top rate of 83.3 percent (70 percent plus the California rate of 13.30 percent).

If this is not a formula for speeding the exodus of businesses from New York, I don’t know what is.

4. For those concerned with border security, the new House Democrats have nothing. But they do have a nice gift for the dictators of Central America.

A 3 January 2019 Breitbart article outlines the excesses the Democrats have taken to advance socialism and abortion internationally.

The spending bills proposed by House Democrats to end the partial government shutdown offer no funding for a U.S.-Mexico border wall, but provide over $12 billion more in foreign aid than the Trump administration requested, according to a statement on Thursday from the White House Office of Management and Budget.

The statement reiterated President Trump’s request for “at least $5 billion for border security” and asserted that the Democrats’ proposal “does not come close to providing these necessary investments and authorities.”
The White House then highlighted the billions in funding the Democrats are offering for “unnecessary programs at excessive levels” beyond what the Trump administration requested, including:

Of course, these Democrats have to know that these measures will not pass the Republican Senate and will not be signed into law by President Trump.

Still, forget reality. These are the Democrats.

Americans want border security, and the numbers show it

President Trump is far from alone in his determination to secure our borders — according to a recent Gallup poll, Americans view immigration as the second-biggest problem facing the country today.

That’s bad news for the Democrat Party, which is hellbent on opposing the president’s efforts to fix our broken immigration system, especially the border wall he needs in order to get illegal immigration under control.

The Democrats have a very simple, two-part strategy on immigration: first and foremost, they want to keep President Trump from fulfilling his promises to the American people; second, they want to make it even easier for foreigners to enter this country illegally.

With Democrats now in control of the House of Representatives, it’s no surprise that Americans are deeply troubled by the immigration crisis.

Over the past several decades, millions of illegal immigrants have successfully evaded our efforts to enforce immigration laws, putting local economies and welfare programs under tremendous pressure to cope with the massive influx of undocumented workers and their families, most of whom receive at least one form of government welfare.

Although it is the Democrats who seem hellbent on denying border security to America, I have to admit that the Republicans have had ample chances to fix the problem over the past two years.

6. If you don’t live in a major population center, the Democrats do not care about you.

According to a 4 January 2019 Breitbart article, the Democrats would like to silence the fly-over states between New York, Chicago, and Los Angeles.

Desperate to bring the Tyranny of the Majority to our representative democracy, on the first day Democrats assumed control of the House of Representatives, Rep. Steve Cohen (D-TN) submitted a bill to kill the electoral college.

“In two presidential elections since 2000, including the most recent one in which Hillary Clinton won 2.8 million more votes than her opponent, the winner of the popular vote did not win the election because of the distorting effect of the outdated Electoral College,” Cohen said in a press release. “Americans expect and deserve the winner of the popular vote to win office. More than a century ago, we amended our Constitution to provide for the direct election of U.S. Senators. It is past time to directly elect our President and Vice President.”

Democrat frustration over losing the presidency when they won the most votes is certainly justified. But it is also their own fault. If these triggered snowflakes would get over their Red State prejudices and dare to live amongst us, that influence might flip enough states. But they refuse to. These snobby bigots find Middle America icky, so they cower together in coastal and big city bubbles.

If you will pardon a small digression… never forget that those who claim to believe in Global Warming also choose to stubbornly live on the very same coasts that are supposed to be underwater already.

Anyway, eliminating the electoral college is the road to tyranny — which is why Democrats and the media desperately want it eliminated.

Trust me, the last place any free person wants to live is in a country where 51 percent of the population can strip the rights away from the 49 percent.

Imagine a country where the only way to get elected president is to appeal to the left-wing extremists who live in large population centers, which is exactly what would happen. In fact this would be the only way to win the presidency because it would be the easiest — the cheapest as far as ad buys, getting out the vote, and that most precious commodity of all: time. Campaigns are going to go to where the most votes are.

While the Democrats know that getting rid of the electoral college would require an amendment to the constitution, I have read elsewhere that Democrats are doing an end-run on the electoral college by getting individual fly-over states to voluntarily give their delegates to the popular winner of the overall presidential election.