The point of division

I’m with Trump on most policies, just not on the abandonment of Syrian Kurds, Christians, and Yazidis

As evidenced by my previous posts, I support the safety and livelihood of Christians, Yazidis, and other religious minorities in Syria and Iraq. As evidenced by my posts, I have agreed with most of Trump’s actions in Syria. Recently, one strong point of agreement centers on the Iraq and Syria Genocide Relief and Accountability Act of 2018 that promises to fund relief of Christians, Yazidis, and other ethnic and religious minorities in Syria and Iraq.

Problem is that this law does not provide protection for the ethnic and religious minorities in Syria and Iraq. Additionally, since it provides no protection, we know from prior experience what will happen when the current protection moves out. During Obama’s tenure, his abandonment of Iraq resulted in the birth of ISIS. Therefore, I (like the IDF reservist quoted below) oppose this policy of pulling out of Syria. 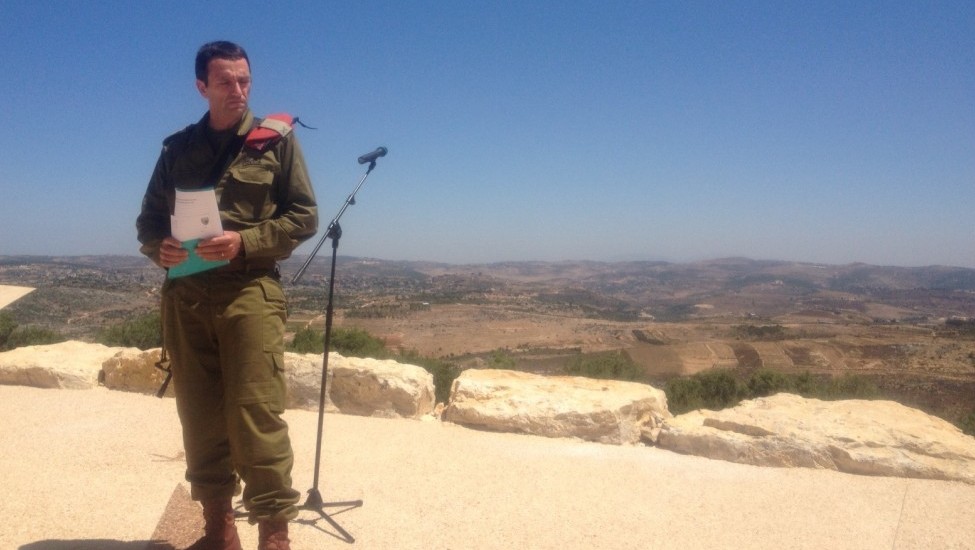 As outlined in a 20 December 2018 OneNewsNow article, Israeli Defense Force Lt. Col. (Res.) Sarit Zehavi suggests that America’s withdrawal from Syria will result in a win for Iran.

Wednesday’s announcement for the U.S. to withdraw all its military forces from Syria marks an abrupt end to America’s strategy in the region – and sparks major concern from Israel, one of America’s greatest allies.

OneNewsNow spoke with Lt. Col. (Res.) Sarit Zehavi about the announcement. Zehavi, a former intelligence officer with the Israel Defense Forces (IDF) within the IDF Northern Command, contends the move to extract a few thousand forces from Syria “will give Iran the ability to gain a massive stronghold in the region.”

As founder of the ALMA Research and Development Center in Israel, she attests that “a ground corridor to transfer weapons and soldiers from Tehran to Damascus and Beirut” will finally be established.

Zehavi says the efforts of Iran “to build a ground corridor – consisting of highways, roads and railways – began upon the regime change” in Iraq in 2003. However, the Syrian civil war put Iran’s efforts on hold.

Although ISIS was vastly incapacitated in Iraq and the greater majority of its territories were captured in Syria, Zehavi explains “[these] circumstances actually allowed Iranians to develop a ground corridor from Tehran to Damascus, through Iraq.” It is through this corridor, she says, that the Iranians will be “enabled to transfer weapons beyond Damascus” and all the way “to Israel’s northern border – into the hands of Hezbollah in Lebanon.” The former IDF officer identifies three potential routes that would provide a “continuous road-link” connecting Iran with Syria and Lebanon.

Not only will Iran flow their tools of power into the void created by an American exit, other bad actors like the Turks, Russians, and Chinese will take advantage of the situation.

To this date, I have supported all of Trump’s stances toward the state of Israel. However, this retreat from Syria will likely create a power void that will be very detrimental to Israel. 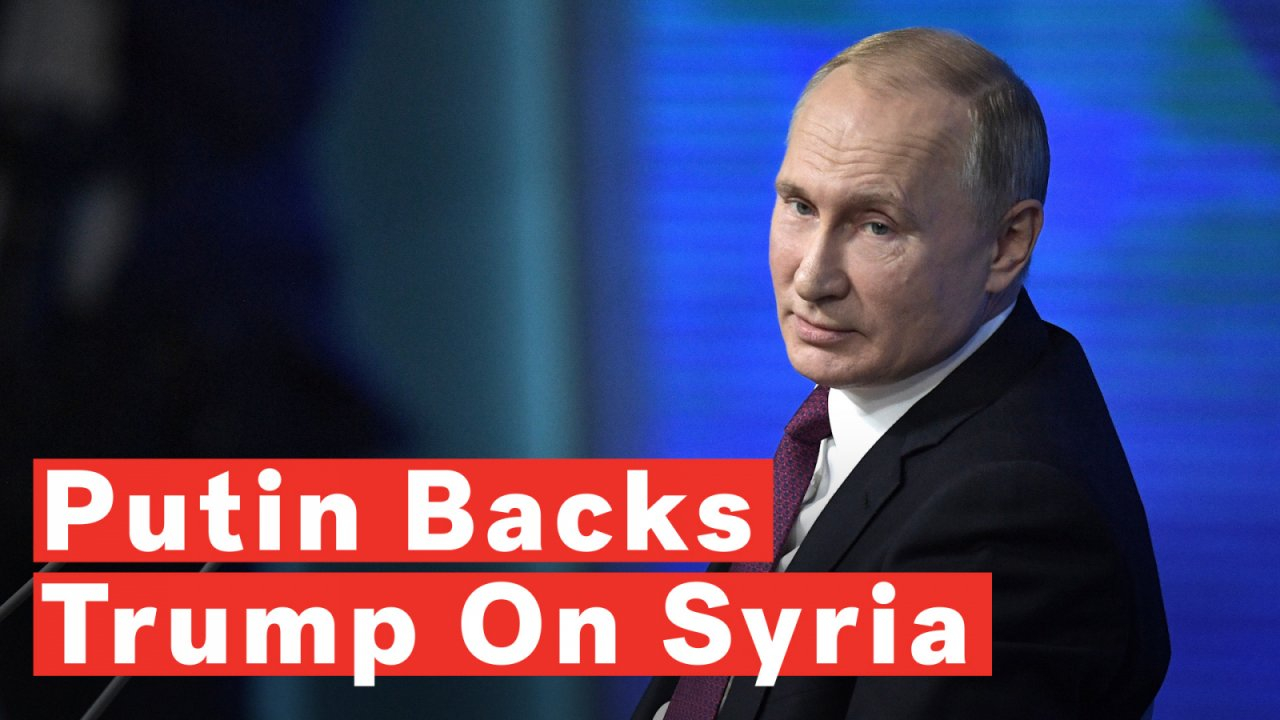 Putin welcomes US pullout from Syria

As proof that bad actors welcome our exit from Syria, a 20 December 2018 Associated Press article discusses how Putin has applauded the potential exit.

Russian President Vladimir Putin welcomed the U.S. decision to pull its troops out of Syria, saying Thursday that “Donald is right.”

Speaking at Thursday’s annual marathon news conference, Putin said he agrees with U.S. President Donald Trump that the Islamic State group has been defeated, making the U.S. presence in Syria unnecessary. He also argued that the U.S. troops shouldn’t have been there to start with.

“I agree with the U.S. president, we have made significant progress in fighting terrorism on that territory and dealt serious blows to IS in Syria,” the Russian leader said.

He noted that there is still a danger that IS militants could flee from Syria to their home countries and other regions.

“It’s a big threat to all of us, including Russia, the United States, Europe and Asian countries,” Putin said. “Donald is right about that, I agree with him.”

Considering that Russia has invaded Ukraine, taken Crimea, buzzed our Naval ships, and supplied the nuclear effort of Iran — we cannot consider this anything but a warning.

In addition to the bad actors like the Russians, threats from the Turks against the Kurds surface in a 20 December 2018 Associated Press article.

Thousands of Syrians have gathered outside the headquarters for the U.S.-led coalition in northern Syria to protest Turkish threats of an imminent offensive.

The protesters congregating in Jalabiya southeast of Kobani city are demanding a clear stance from the coalition on threats by Turkish President Recep Tayyip Erdogan to strike at U.S.-backed Kurdish fighters in northern Syria.

Turkey views the main Kurdish militia in Syria as a terrorist group and an extension of the insurgency within its borders. U.S. support for the group has strained ties between the two NATO allies.

As mentioned previously, there are numerous bad actors in the area that would attack our current allies as soon as we leave the area.

Republicans, I stand with Trump. If you want my vote, your voting history had better align with my desires as expressed by Trump’s campaign promises.

Nonetheless, if I could bend Trump’s ear, I would bend it to protect the lives of the religious minorities of Syria and Iraq. These groups will come under great persecution as soon as the Russians, Turks, and Syrian government can start.

A point of agreement Trump pulling out of Syria. Might Afghanistan be next?

The Associated Press asked in a 20 December 2018 article whether Trump would pull out of Afghanistan next, now that he has decided to pull out of Syria.

Against the advice of many in his own administration, President Donald Trump is pulling U.S. troops out of Syria. Could a withdrawal from Afghanistan be far behind?

Trump has said his instinct is to quit Afghanistan as a lost cause, but more recently he’s suggested a willingness to stay in search of peace with the Taliban. However, the abruptness with which he turned the page on Syria raises questions about whether combat partners like Iraq and Afghanistan should feel confident that he will not pull the plug on them, too.

“If he’s willing to walk away from Syria, I think we should be concerned about whether Afghanistan is next,” Jennifer Cafarella, the director of intelligence planning at the Institute for the Study of War, said in an interview Wednesday.

(Read more, if you can stand the anti-Trump moralizing, at the Associated Press)

Although the article primarily consists of editorial comment and moralizing, it does raise a good question. In opposition to the ethnic and religious minorities in Syria and Iraq, Afghanistan seems to be little but a monoculture of Muslims. As opposed to the approximately 2,000 American troops in Syria that have seen few attacks from Muslim trainees, the 7,000 troops in Afghanistan (where our soldiers have been for 17 years) have seen numerous Muslim attacks.

So why should we continue to send young Americans to Afghanistan to die at the hands supposed allies? There must be some method of cleaning out garbage pails that does not involve splashing the rotten remnants in our faces.

Donald Trump Dismisses Critics of Syria Withdrawal: ‘Do We Want to Be There Forever?’

According to one 20 December 2018 Breitbart article, President Trump dismissed critics of the Syria withdrawal by asking “Do we want to be there forever?”

“Does the USA want to be the Policeman of the Middle East, getting NOTHING but spending precious lives and trillions of dollars protecting others who, in almost all cases, do not appreciate what we are doing?” Trump wrote on Twitter. “Do we want to be there forever?”

Foreign policy hawks such as Sen. Bob Corker, Sen. Marco Rubio, and Sen. Lindsey Graham adamantly criticized the president on Wednesday for ordering the withdrawal of forces in Syria.

Here, I am I complete agreement with President Trump. While the job of a soldier is dangerous, we should not have to endure attacks from our “allies.”